Even though it was a long weekend for me, there was so much to do that I am just now trying to squeeze this post in before my hockey game. We are as busy as we make ourselves, I think. Anyways, I am grateful when I manage to make the time to link my posts with others at teachmentortexts.com (thanks to Jen for hosting) and unleashingreaders.com (thanks to Kellee and Ricki) in order to see some of the great new kidlit (and some old favourites).

Books I Finished this week: 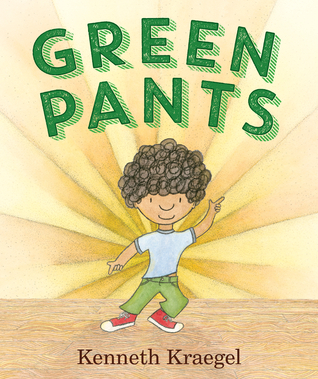 This is a pretty funny little story about a boy who wants to wear the same pants each day. Eventually, life deals him a situation in which he really should not be wearing those pants again. He has a decision to make about the familiar vs. what is expected by others. I wasn’t too into this, but I did like the ending. He makes a good decision. 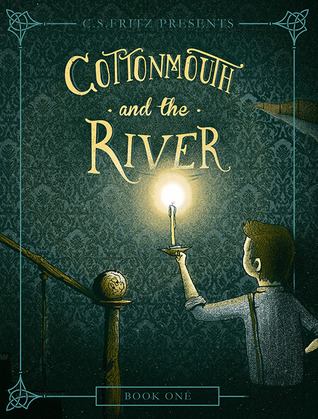 I think this story had some interesting art, and there was a certain mood about that was memorable but it did not seem like there was much there. It says book one on the front and I kind of felt like they should have just put book one and book two together (although I haven’t even read book two). I guess this story was somewhat allegorical, and biblical (sin and temptation) in nature and that is not often something I seek out so maybe other readers would make more out of it than I did. 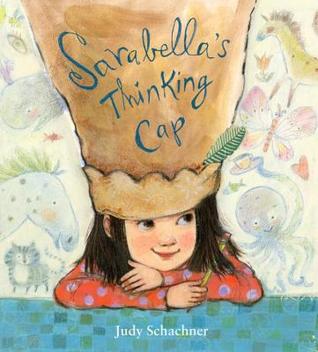 I was drawn to this book because I had heard about its powerful message about creativity and the very interesting visuals on the cover and in the preview that I saw. It has all of that. There is a lot to look at and ponder. If you know kids that are “in their own world” or “have their head in the clouds,” this will appeal to you. It is a validation of that type of behaviour, maybe a bit more than I wanted but overall I really enjoyed this book.

I raced through this book in June when it became one of the choices for Global Read Aloud. Part of me really wanted to read Refugee to my then upcoming grade 6 class, but part of me knew that several had already read it and it would be better to book talk that title and go with Amal Unbound. I really enjoy both books. We went with Amal and my class enjoyed it. We had great discussions about gender, poverty, power, indentured servitude, and upward social mobility or lack of. A lot about our privileged place in the world. One of the best parts, is that I am very sure that the majority of the boys in my class would never choose to read this. Choice reading is a huge part of what I do daily, but sometimes having a book picked for you at that age is absolutely necessary. I have kids that would read Wings of Fire books for most, if not all, of the year. Nothing against those books, but diversity in your reading is a really great thing. Even when it is kind of forced.

This is a series I missed out on when it was first released and I have had a student hounding me to read it for several months. It is a very entertaining story, kind of what I imagine would happen if William Gibson decided to write fractured fairy tales. If you are unfamiliar with this one, it is an imagined near future, post World War 4, in which Earthen governments have come together into larger units about six of which form a council of sort in which to govern. One of those larger units is the Eastern Commonwealth, made up of many Asian nations. One of them has a Prince that is one of the main characters, and one of the top mechanics of New Beijing, is Cinder and I think you know who that young lady is. There are also stepsisters an evil stepmother (or warden), a rival civilization called the Lunars, a plague and a whole lot more fun. I could see myself picking up the other books from the back of my classroom. This is a fun series for older elementary or middle school students. 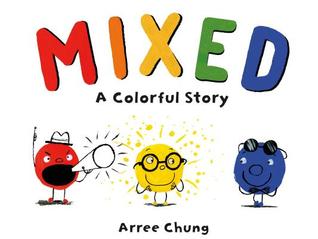 My last book of the week is a picture book about diversity. I was alerted to this by several others that write blogs and link up each week (and indeed that is where the credit for many of the books I write about should go). It is a cute little story about colors that are segregated until individual circles (you can see that the yellow one above really seems into the blue one) come together and mix. The results are an integrated society that is happy and diverse. And the little circles are pretty cute, especially the babies. I think early primary students are going to love that part. 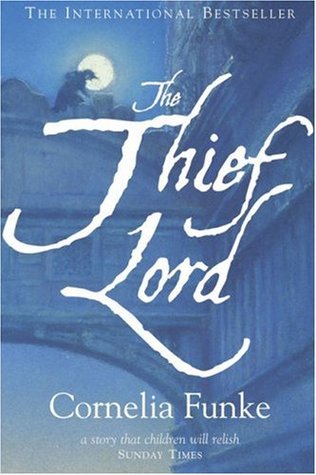 Usually, I have a few books on the go, but right now I am finished my class read aloud and my own novel. I have only this family read aloud in the currently pile. We are more than half way through it. It makes me want to yank out pictures of my trip to Venice over a decade ago. 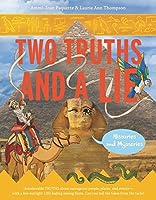 I think these are the next two books I will start although Dragon Pearl, a story featuring Korean mythology, is an e-ARC so I will likely need a paper book to read at the same time (probably an early chapter). Two Truths and Lie: Histories and Mysteries is a book I will start reading with my class. If you are not familiar with this series Laurie Ann Thompson and Ammi-Joan Paquette have three non-fiction stories per chapter (the stories are just a few pages each) and readers are encouraged to determine which of the three is fabricated. I bought the first collection (It’s Alive) last year for the library and the grade 7 teacher had it for months in her room. Her class had so much fun with it, so I bought this second collection for my class to use this year. I don’t read enough non-fiction to my class and I wanted to try this.

Thanks for stopping by and have a great reading week!