For me this begins the last week of school before Spring Break. With my trip to the Western Washington Children’s Lit Conference and report cards, I have been behind on so many things that the reading time has taken a bit of a back seat. The break will be a welcome chance to catch up on reading and other things. Here are reviews of the three books I finished this week, and I put a dent in a couple more. The absence of any budget for books at my school for the last two and half months has meant very few picture books coming my way but like many of you I have lots of novels to read, including more ARCs than I have ever had. Head over to teachmentortexts.com to see more of this week’s blogs (and probably unleashingreaders.com too, but I haven’t had any luck seeing links there as of now- however a great pic/post of Kellee’s author visit with Neal Shusterman).

Thanks to Portage and Main for sending me this book as part of a prize package on a Twitter contest for I Read Canadian Day. I really enjoy the pictures and the facts in this series. I noticed a woman waving at an eagle in one of the pictures and it reminded me of what a former student who lived close to the area in which the book takes place. He said that waving at an eagle is always good luck. 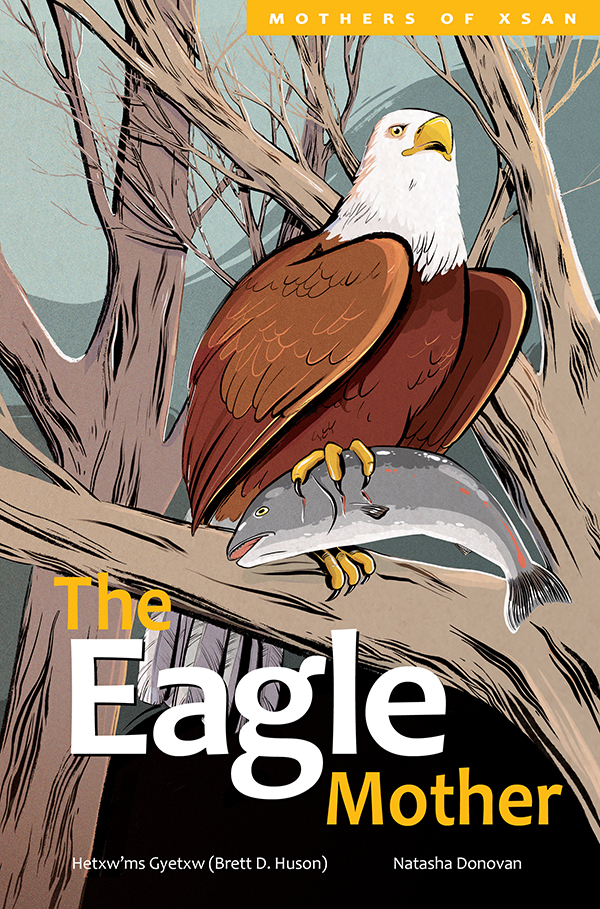 Thanks to Portage and Main for sending me an ARC of this book as part of a prize package I won on a Twitter contest for I Read Canadian Day. I really enjoy the pictures and the facts in the Mothers of Xsan series. The previous two volumes The Sockeye Mother and The Grizzly Mother began the format of telling the reader some of the key facts that make these animals such an important part of the lives of the Gitxsan people of Northwestern British Columbia. This is the third and as the others do it features facts within telling the story of the life cycle of these animals. There are also beautiful illustrations. In one, I noticed a woman waving at an eagle and it reminded me of the words of a former student who lived close to the area in which the book takes place. He said that waving at an eagle is always good luck. This isn’t really mentioned in the book as the focus is more on the animals and their place in the ecosystem. I hadn’t been seeking an ARC of this books as I knew I would be buying it for my library (first chance I get). It is released on April 28.

I would characterize this as a popcorn book. My children love Rick Riordan and have for several years. They have both read this book (as had I) but chose it for my family’s read aloud so that my wife would enjoy it. It is the fourth in the Heroes of Olympus series, sometimes called the ninth in the Percy Jackson and the Olympians series. In this book, the seven demigods that are on a quest, are split in taking on parts of a mission to open the doors of death. Some have to travel through Tartarus and the House of Hades. The book races along with action scenes and Rick Riordan’s trademark wit. We rotate who chooses our family read aloud. This was my oldest child’s pick and it’s my youngest child’s pick next. See if you can guess what she has chosen (answer below). 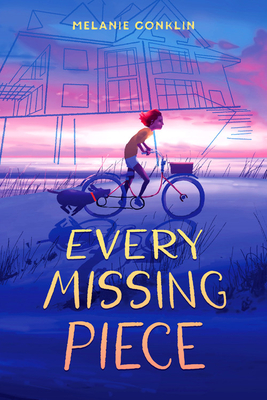 Last week I cheated and posted a book that I thought I was about to finish, but I really did race to finish this one Sunday because I was enjoying it so much. Thanks to the publisher and to my bookish friends at Book Portage (ARC sharing group) for allowing me to read this May 2020 release. This book is so many things. Maddy is trying to put together the pieces of a new life with her Mom and stepdad Stan while keeping alive the pieces missing from her old life since the death of her father. Then, she discovers a mystery that her brain just can’t let go of, even if events in her past tell her she should. As all of these pieces come together, she also tries to reconcile how the changing relationships of early adolescence will fit together as she feuds with an old friend, and then her best friend.
In the long awaited second novel from Melanie Conklin we find the very likable Maddy tilting pieces of her life, having them tilt on her, and needing others to tilt them to show her the way. It’s a story with a warm heart, filled with genuine characters. A great addition to an MG library.

I made good progress reading two of these books this week as well. No Fixed Address is a re-read for me as I will have students reading it after our two week Spring Break (which starts next week) as part of our literature circle unit. We are using it for our district’s Battle of the Books as well. The Key of Skeleton Peak is the third in the Legends of the Lost Causes series. It comes out on the 17th. I am reading an ARC on my computer, which is usually really slow for me, but the story is exciting so I am persevering. And finally, we have our new family read aloud that we started on the weekend, The Blood of Olympus, the final book in the Heroes of Olympus series.
Thanks for stopping by to see what I have read. Hope you have a great week!