I have a long weekend, and I want to carve out time to share some recent reads and see what others who post to the hosts of this link up (thanks to Jen from Teach Mentor Text and Kellee and Ricki from Unleashing Readers) have been reading. Here are some books I have recently enjoyed, mostly over the last week. 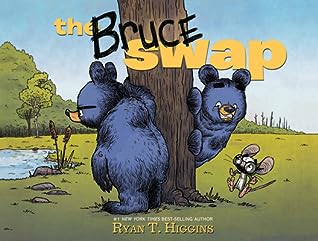 This series is consistently very funny and a hit in my library. We don’t actually own this one yet (my wife offered to lend it to me) as we have some budget issues, but I plan to have it for our September 2021 start-up. What makes this one so good is that my young readers know the Bruce character so well. When Bruce leaves without warning for a trip and his cousin arrives and appears to be him, Bruce’s friends and family are surprised at the “new” Bruce but readers of this series find the differences and the reactions hilarious. 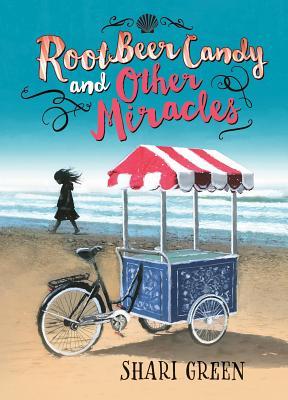 I have been reading a lot of novels-in-verse by Shari Green this year after including her story Missing Mike in our District Battle of the Books set, which my class uses for Literature Circles (Book Clubs). In this story, Bailey is staying with her mother’s mother, a Grandma she doesn’t even really know while who lives in a small island community, while her parents go on a retreat to try to fix their marriage. Bailey is a girl that wants to believe that everything will be fine, even if a miracle needs to happen. During her time on the island she makes a close friend, finds out why her mother hasn’t been speaking to her grandmother and never loses hope that things will be fine with her family when her parents return. The books is filled with people who make mistakes, offer forgiveness, and learning to the make the best of their situation. I have been enjoying all Shari Green’s novels-in-verse lately. 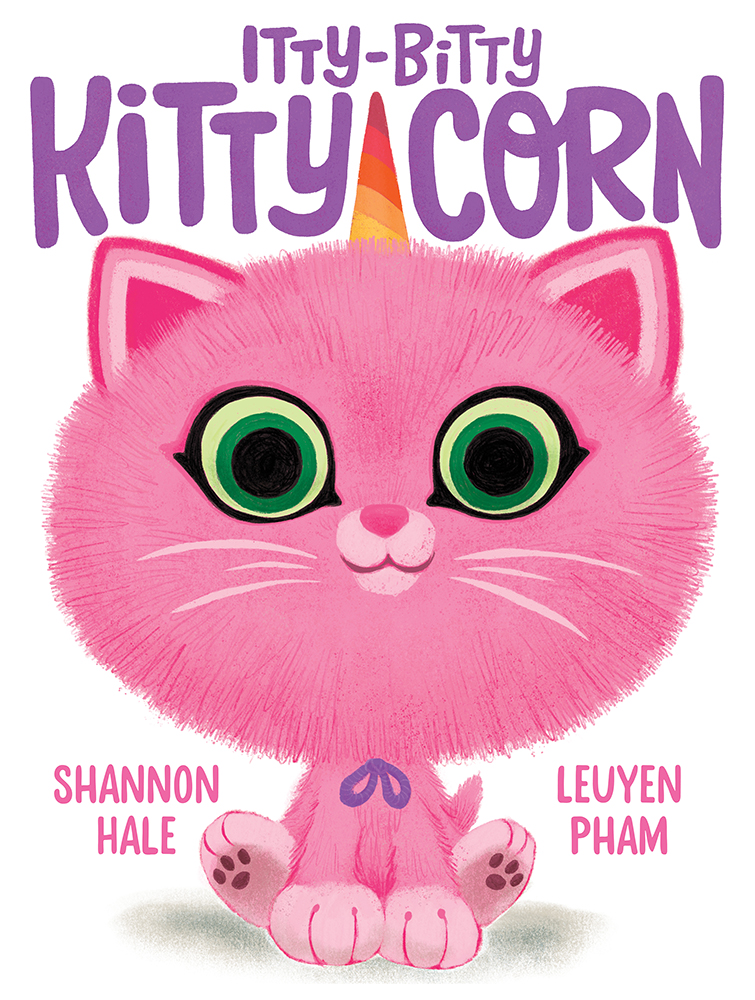 This is another collaboration from the team that brought us The Princess in Black, which is very popular in my library. This is a really cute story that I think kids will also enjoy. The pictures will yank in a lot of my young readers. The plot is about the kitty who really wants to be a unicorn, but has friends that tell her she is not. This makes her sad until she meets someone who sees her the way she wants to be seen, and then the cuteness continues. 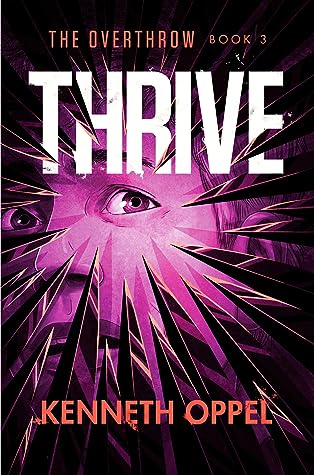 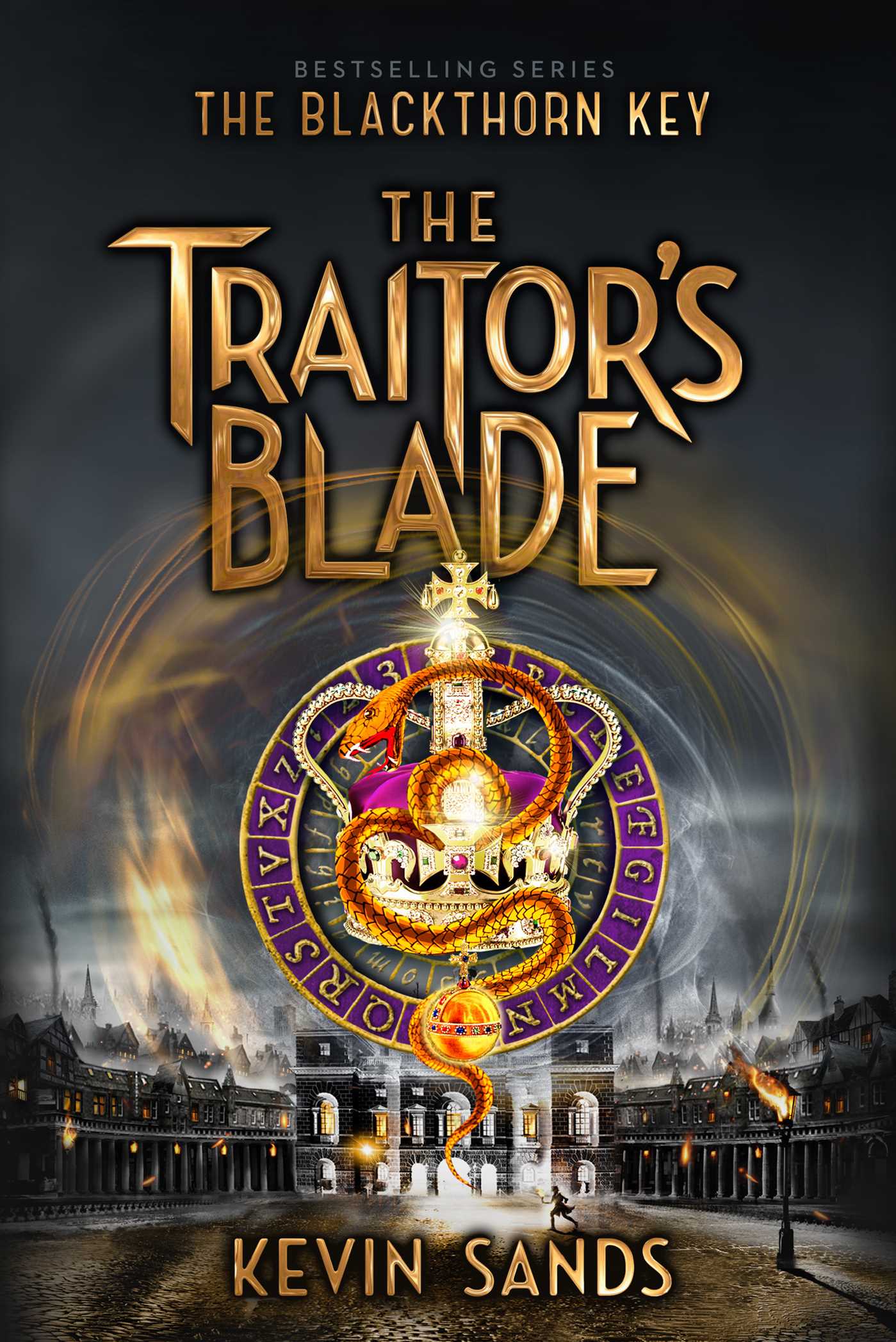 The week before last I extended my reading in these series. I finished Oppel’s The Overthrow series with Thrive and really enjoyed this entire series. I had a lot of requests from students and teachers to read this last book. I also read the fifth of Kevin Sands, Blackthorn Key series, which extended the plot that really started with a villain that pops up in an earlier book. The best part of this 17th century mystery series is the relationships between the characters which allows me fall right back into this world. The puzzles, and action don’t hurt either. 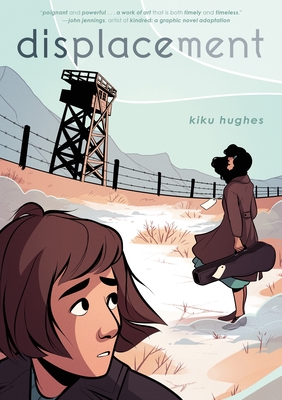 I won this book from a giveaway at Completely Full Bookshelf (thanks, again). It was a really interesting graphic novel about a girl who goes through displacements that send her to other times to have share an experience that a loved one had. It ends up being an interesting way to have this character learn about her family’s past as Japanese-Americans who were themselves displaced by their government and moved to internment camps. It was a beautifully drawn and well told story. 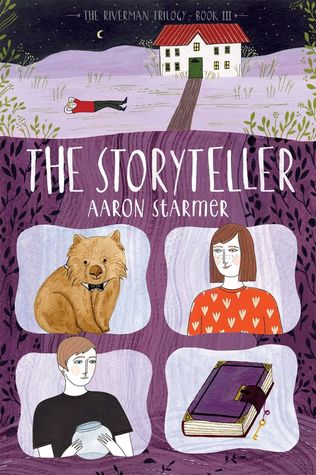 We also finished our family read aloud, The Riverman trilogy by Aaron Starmer. This is what many would call a “strange” series that is kind of hard to describe. Ultimately, it is about imagination, storytelling, things not always being okay and infinite possibilities. My oldest compared it to Christopher Nolan’s movie Inception (high praise for her). 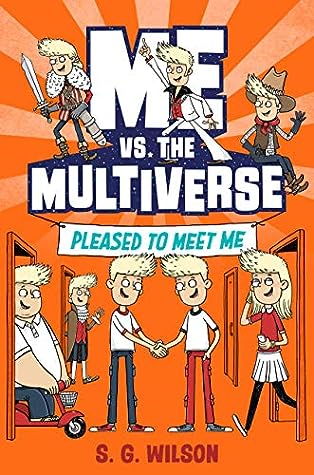 I just started the first in this series by S.G. Wilson. It’s a story about a kid named Meade, who find notes inviting him to a Me-Con, a conference with other versions of him that live in parallel worlds. The fun is in the little differences from one world to the next, worlds that have more global differences such as the British winning the Revolutionary War or smaller changes such as Meade getting to see a concert when he was younger and ending up being interested in music. I also continue to re-read all of the books in my class Lit Circles unit. This week I am focussed (well, actually not really focussed but trying to be) on Ghost Boys, Bloom, and Echo Mountain.

One of the only things I do love about the pandemic is how many events have gone virtual. My own Battle of the Books will be virtual in a few weeks as the students in my school cannot gather with the students from other schools as we did in 2019 as in years prior. I don’t like this, but as a rural teacher, I do enjoy attending book related events that I would not be able to otherwise. I did so last week and got some ARCs from the School Library Journal Day of Dialog. This event might have been virtual before and I might not have noticed, but I am much more aware of looking for these events now that there are more of them. I picked up the first in Kevin Sands’ new series at this event and my youngest wants it to be our next family read aloud (we rotate picks). I also intend to start Cartwheeling in Thunderstorms, which is on my must read list of 2021. This year I featured almost all books that slipped through the cracks for me. Ones I meant to read but never got to from three to five years ago. I have a student in grade 5 that is in my class and has been reading all of Katherine Rundell’s novels this year and she beat me to this one. She needed to talk about it the other day, so I have to read it in order to have a better conversation. 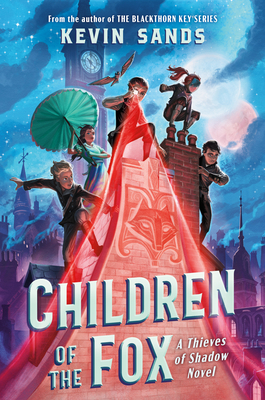 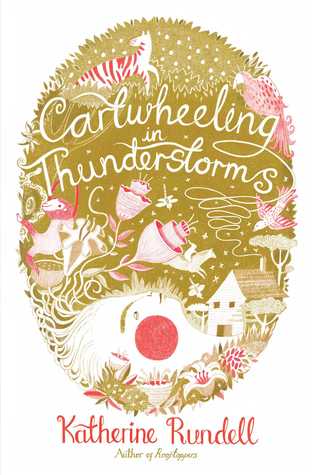 That kind of sums up my reading life lately. I have a few things that take up more of my time than I would have expected when our pandemic life started. I would have guessed that I would have more time with the number of things we can’t do right now, but the opposite is the case. However, it does seem more hopeful that our province is coming out of the worst of it. How quickly will life truly feel back to normal?  I see flashes of it now, and that gives me hope. I hope you have a great reading week, I look forward to reading all of your posts.