This is another Monday post that I am happy to be linking up to other posts at Unleashing Readers and Teach Mentor Texts, thanks to the ladies hosting our link-up at those sites.

This month, I am picking away at books that have languished on my list for a while (just due to having too many on my list to read, not because they are not great) and books that I want to read before I put them in my K-7 library in the fall. The former are usually books that are in my classroom (I teach grade 5/6 when the library has to be closed- my split is about 65% classroom/35% library).

This is the second of the Lunar Chronicles series, and I have it in my classroom. My oldest (14 yo) read the whole series and has been pushing me to go back to it. I typically read the first of lots of series, enough to let a student know about it and possibly recommend it, and sometimes I just don’t get back to reading the rest of the series as things get busy. I was a little late to the party with this series in the first place, but I got back into this about three years after reading the first. It was still a really good series. These are kind of MG/YA that use fairy tales as a springboard to telling a very original story with extensive world building. In the first, Cinder is an ace mechanic, and a cyborg (which are second rate citizens in this world) who has to deal with an awful stepmother and stepsister. She does meet a prince too. So, elements of the fairy tale are there, but there is also a plague running world wide and a group called The Lunars who are looming from space waiting for the right time to invade and take over.

In this second story, there is Scarlet, who is not that little but does wear a red hoodie. Scarlet’s grandmother is in trouble, and there is a character named Wolf, who may or may not be trustworthy. This books extends Cinder’s story and adds Scarlet to it, while weaving their tales into the world building that has been done. Very ambitious and entertaining. This book upped the violence level compared to the first one, so these are twisted fairy tales that you do not give to really young students. Upper intermediate in my case, mature grade 5-7 students will be more than okay reading this though. Highly entertaining series. 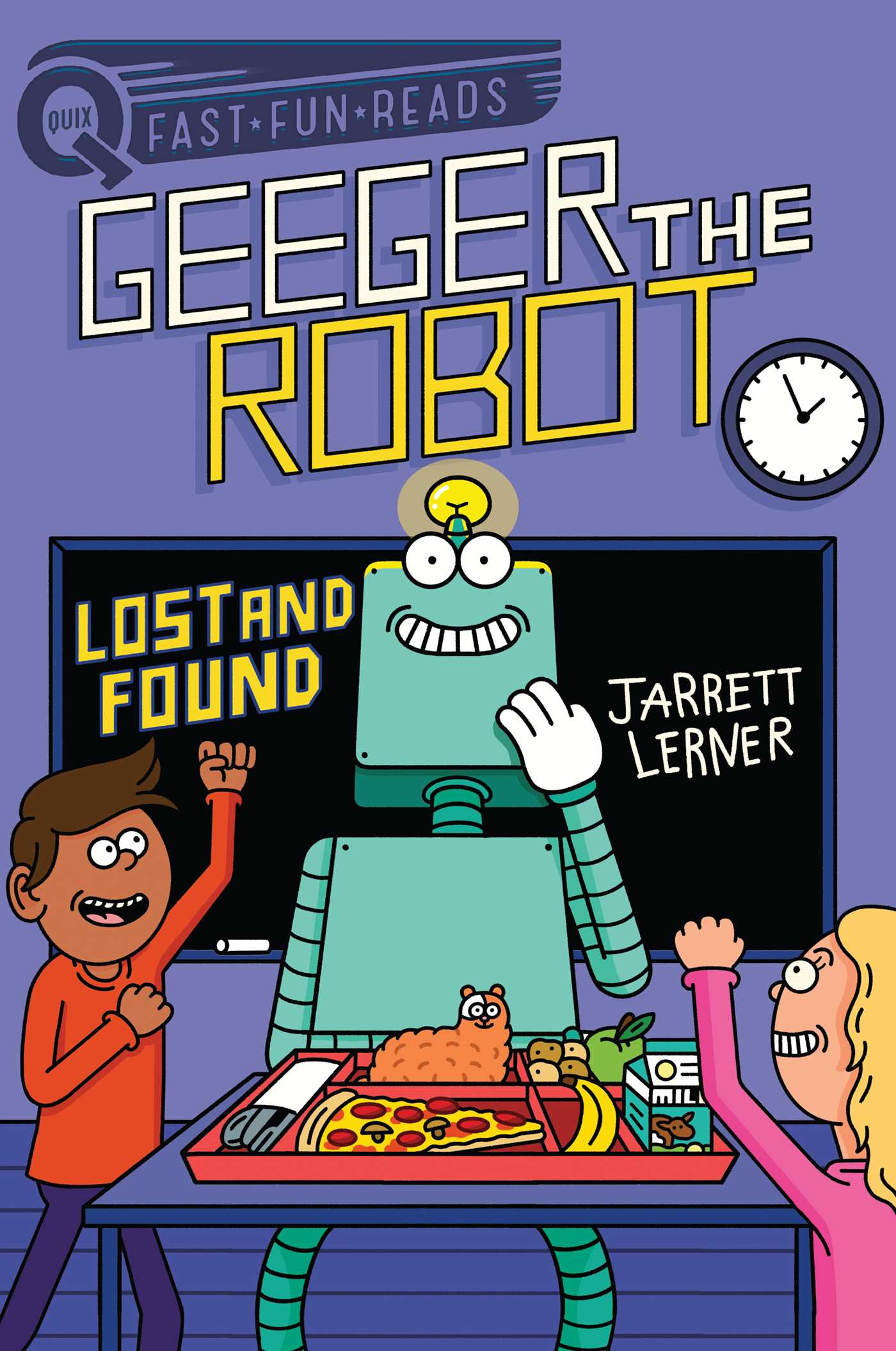 This is an early chapter book series with a few pictures and text that is nicely spread out. It is Geeger the Robot’s first day at school in book one. Geeger eats what others do not want anymore (spoiled food, ideally) and is able to turn it into electricity. When he wants to make a friend, he decides to go to school. He has some of the typical first day nerves. His biggest problem is that he does not always know what he should eat and what he should not, and with his lack of knowledge of the wider world things like skipping ropes look like food. His friends and teacher help him out.

I didn’t love how the robot had little background knowledge yet was still worried it would make the teacher mad (not what I really want kids thinking about), but overall the first two books had some good character development and lessons about learning from mistakes, believing in yourself and others and the value of trust and friendship. There is a fair amount of repetition in the second book to remind young readers about Geeger, almost enough that kids could read these out of order. There is some humour to go with the story as well, but I wouldn’t say that going for laughs is the primary goal with this story. This is a good option for early readers with the glossary, and pronunciation provided for some words that Geeger was learning (and maybe the reader too) 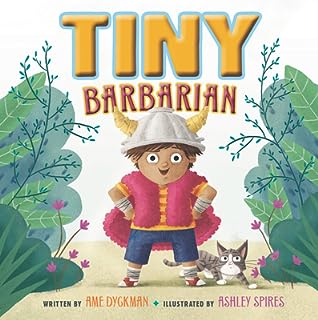 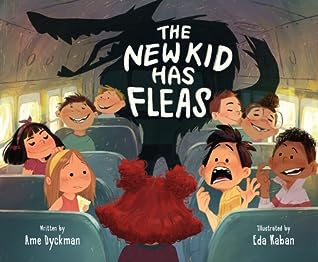 Ame Dyckman books are very popular in my school library. This started with Wolfie the Bunny and Horrible Bear. They are a great mixture of humour, heart and message. They are popular with teachers and students. Her collaborations with former Simpsons artist Liz Climo (You Don’t Want a Unicorn and You Don’t Want a Dragon) tend to be more popular for their laughs.

These two are more like the former in that they are cute and funny but not likely to get the loud laughs that the You Don’t Want… series gets. Tiny Barbarians was my favourite of the two, a very cute story about a young one using their imagination to play. You can see the cover with Tiny using a colander as a helmet, a bath mat that went around the toilet as a cape in order to face down dragons and other enemies along with a trusty cat. You can’t see them wielding his paper towel roll as a fierce weapon. This was an entertaining story and I loved the illustrations from Ashley Spires (a BC author/illustrator whose Most Magnificent Thing is also very popular with teachers and students in my library).

The New Kid Has Fleas is a story about a new kid struggling to fit in, and not being thought of or spoken of in the most flattering light. There are kid talking about her behind her back because she looks and acts differently. When one of the classmates has to work with the New Kid on a project she learns that while the kid is different (there are details that show her being raised by wolves- living in a cave, having a squirrel as a snack), she is actually nice and good to work with. The student that was forced to work with her (random groupings) chooses to work with her later and pull her into a social circle. There is a little karma for the student that started the rumour too. It didn’t all work for me: I thought the raised by wolves thing is kind of joke and kind of serious. Not sure how it will work for kids, but the message was a good one.

Still enjoying Kevin Sands new series, it arrives in stores in October as a family read aloud. We all love his Blackthorn Key adventures and are looking forward to finishing this new book this week. I am reading another second in a series. Like Scarlet, this is a series I started and enjoyed and then moved on to read other series. The Battle of Hackham Heath is a second in a spin-off series based on the author’s Ranger’s Apprentice (RA) series. RA is an alternate medieval world with very well defined characters, and another favourite in my house. After this I might read my e-ARC of the third book of the Small Spaces series or one of the two graphic novels by Gareth Hinds I found at a used bookstore last week (really my first time in a store like that for a while).

Thanks for reading my post, looking forward to catching up with other readers that link-up as well. Have a great reading week!