This might be my last post of 2021, and I get to start with a book that I was sent an early copy of, Secret of the Shadow Beasts. I really enjoyed two earlier books by Diane Magras, The Mad Wolf’s Daughter and it’s sequel, so I signed up to be on her street team, in order to get an early copy of this book, which is currently scheduled to be released in June 2022. I am pleased to share these, and the other books I read this week with the bloggers at Teach Mentor Texts and Unleashing Readers.

The terrific cover and title of Secrets of the Shadow Beasts does not disappoint. This is a creature story that did remind me a little of Lockwood and Co. as was suggested by, I think, Goodreads because the creatures terrorize adults but have weaknesses that can only be exploited by children. Also, each of these series have their own world building, character backstories, and feature the importance of working together in defeating enemies.
What shines through in the first of this series is how well characters are being developed, and how the Order of the Hawks, a group of modern knights who take on creatures after the gloaming begins, support each other so well. In fictional Brannland, hideous beasts that resemble giant wolves, and spiders, among other terrors, can produce enough venom to kill full grown adults, but some children have immunity and are trained to fight them. Nora, seems to be different from the other children, and her initial “duties” are filled with more battles and creatures than even the high performing Hawks are used to. She also seems to be at the center of a secret that helps to explain why the problem has been getting worse.
There are lots of great details about how this organization of knights is run, how society views them, and how the pressure to train and perform drains on them. Hopefully, this is just the start of a really great series. 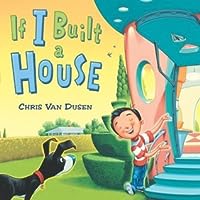 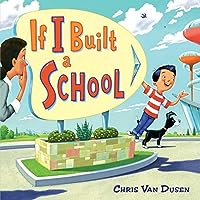 I am kind of late to the party of this series, and I still don’t own the initial one, If I Built a Car, but these are super fun. If you have ever assigned or written something about how to build the ideal ______ that is kind of the idea here. The author/illustrator lets runs with a fairly common idea but does so in a humourous way that kids are loving. Somehow, the illustrations are of modern, high tech stuff while also having a retro look. 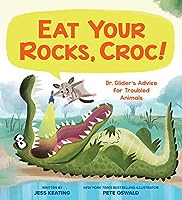 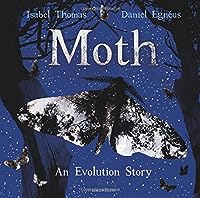 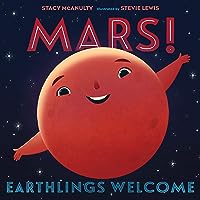 These are three non-fiction books that are new to my library. They each have their own style and while two of them certainly have an illustration style that immediately appeals to very young readers, the information in all three can be used for older students. Eat Your Rocks, Croc! is the first in a series in which animals that have trouble with certain things, such as digestion in the case of the cover animal, write to Dr. Glider who identifies how these animals have developed solutions that would fix the “problem.” Neat narrative style that my youngest students like (plus they recognize the illustrator from his other work) but the language is well above their level, there is a great glossary at the end. Moth, also features evolution solving the problems, but this time just one animal. It was a fascinating look at how a moth evolved multiple times to adjust to things humans have done. The illustrations are really great. Lastly, I think this is the fifth in the Our Universe series, this time with Mars being profiled. This series has highly appealing visuals for students and facts that my grade 2/3/4 classes really enjoyed. Everytime a new book in this series comes out, there is a rush on the others.

My class finished our last week of school on Friday. Earlier in the week we finished our Global Read Aloud book, The Barren Grounds, the first in the Misewa Saga. I think this one was hurt by our three week absence from school while our District dealt with flooding in the area. It is a really great book though.

That kind of covers my reading week. This week I am hoping to read The Shattered Castle, the fifth in Jennifer Nielsen’s Ascendance series and Pony by R.J. Palacio. I am way behind on all my reading goals for 2021 but I do have a lot of picture books I was supposed to read from my library. I won’t really worry about what my final number between 200-250 books is, but recognize that in this year of so many challenges, reading was one of my normal activities, even if I don’t get quite as much of it done. Hope everyone has an excellent Christmas, if you celebrate, and if not, just a safe and happy week. Thanks for stopping here to see what I have been reading.