It’s been a very long time since I have made the time to participate in this weekly post on reading, but the holiday weekend, slightly more normal work routine since Spring Break, and reading more ARCs (why does that matter?) convinced me to give this a go and hopefully keep this up for a while.

I will be linking up to the posts at Unleashing Readers and Teach Mentor Texts. Thanks to people that are far more reliable at blogging and hosting than I am (Kellee, Ricki and Jen V., I bow before all of you). When my reading has its ups and downs in terms of frequency, it was easier to bow out of this, but wow to the people that can keep it going! I had big plans to read other people’s blogs last week and then write my own this week but that did not really happen. Once I start writing them, it commits me to reading others and I really enjoy that part. 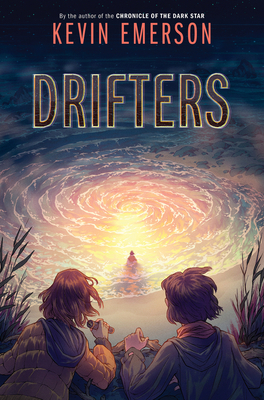 I received this ARC from a Twitter giveaway that the author ran. I was really excited to have a physical ARC for the first time since the pandemic, and also because I really enjoyed Kevin Emerson’s Chronicle of the Dark Star series. It was a massively epic middle grade sci-fi (by today’s standards in that MG is trending towards the 200 page book now) pondering bigger questions about humanity and belonging within a plot centers around the strange and potentially deadly mystery that has people forgetting loved ones that have gone missing.
Jovie feels very alone as she seems to be the only one that remembers, Micah. Getting to the bottom of the mystery that has taken her best friend, and seems to be sucking the life out of her small town, becomes the most important thing in her life. Who is responsible for the disappearance of Micah? Is she alive? Who can she trust? These all become important questions that she needs to figure out.
This is a long book at over 500 pages, but that is kind of nice once in a while as the overall trend in publishing is to go shorter. I love the ambitious nature of Emerson’s writing including the links to some of his earlier books and references to X-Files. The publisher makes the comparison to Stranger Things and I think the kids from that universe would have fit in with Emerson’s characters as well. The length might make this a tough sell in the library, but I really enjoyed this and think I can find some kids who will as well. 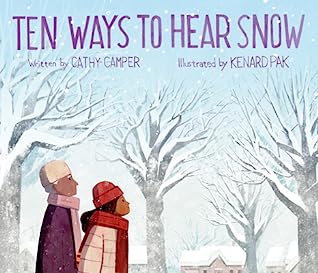 This book might be seen as kind of a cruel joke to the people in Central Canada and parts of the US who had to deal with a lot of snow lately but I had been reading a fair number of books that focussed on the senses in the library and had recently got this one to add to my collection. Lina wakes up to a morning made silent due to the snowfall. She pays attention to all the little sounds on her walk to her Grandma’s house. Her Grandma doesn’t see as well as she used to but is also able to talk about all the different sounds that she can hear due to the snow. My library patrons loved it, but are also eager to blame me if I jinxed us and brought snow to their Easter long weekend. 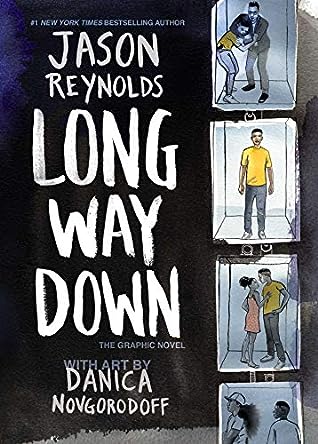 I didn’t pick this up for the longest time. I would have taken it out from the library but none of the libraries near me had it. Finally, I just bought it. I enjoyed the art in this graphic version but I found the language less impactful than reading the original. I think there wasn’t the same flow as reading it in verse. I am very interested to hear if other people found this. It might be the first verse novel to graphic novel adaptation that I have read. 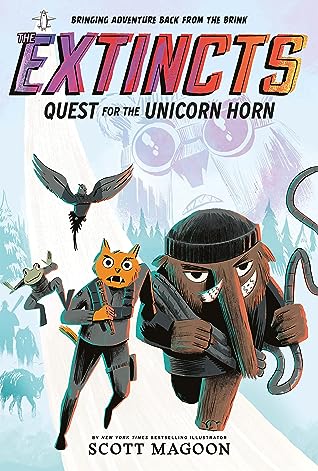 I had an e-ARC of this title but the formatting (empty speech bubbles with the dialogue on the next page, sometimes out of order) made it really hard to read, so I am not rating it. A group of extinct animals form a team that is exploring Siberia in search of the Unicorn Horn. They had adversaries that they are unaware of however, and will need to work together and figure out who to trust. There is a lot of environmental science in this one, both in the main part of the book and in the back matter (which was formatted just fine, and took up 25% of the book- this seemed different for a graphic novel to have this much material at the end- good stuff though). This could be the start of a good series. I will need to see a finished copy. I may have a line on one now, and if I read it again, I will post a little more. 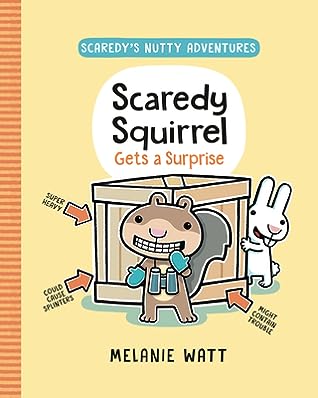 This is the second graphic novel featuring Scaredy Squirrel. I don’t find there to be a huge difference between the picture books and graphic novels in this series. This one was a solid addition and will cause some belly laughs from young patrons in the library in need of an early graphic novel fix. 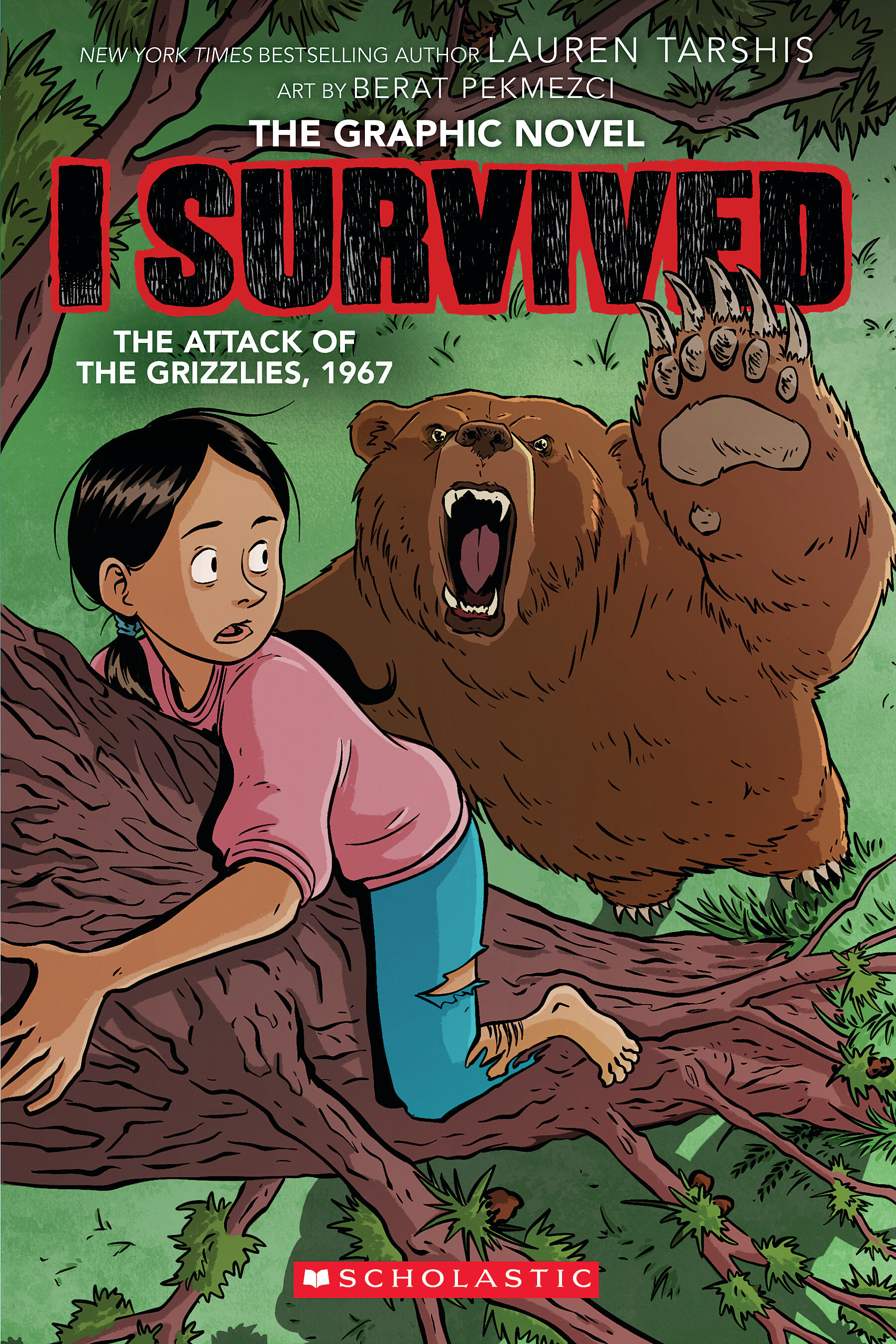 The fifth I Survived Graphic novel was also an e-ARC for me, but this one is currently available. Its based on the events that happened in 1967 when two Grizzly bears attacked visitors in Glacier National Park. I had heard of this but really did not know the details. The story is told through a young girl who has two close encounters with bears in the park, and along with her aunt and a scientist, she learns the reasons behind the increase in aggression from Grizzly bears. Their efforts to create change are too late though and they read of the tragedy that would change the way parks are run in the US.

My family is reading Daughter of the Deep, inspired by the work of Jules Verne. I just started Osmo Unknown and the Eightpenny Woods yesterday. I haven’t read anything by Catherynne Valente in a while but I really enjoyed her writing style in books such as The Girl Who Circumnavigated Fairyland in a Ship of Her Own Making. There are some writers who are just different enough in how they describe things that it feels like a totally different reading experience.

Books I Enjoyed While I Wasn’t Blogging (Some of them, anyways)

Lines of Courage is out next month and might be my favourite Jennifer Nielsen historical. Map of Flames is a promising new series. The Last Cuentista did not disappoint as a Newbery Winner.

Thanks for checking out what I was reading last week. I hope to visit some blogs later today and into the rest of the week to see what others have been reading. Have a great reading week!