Our last Monday post of 2021. I can’t remember the last time I went through a year and did not feel like it went fast, but this year has some other sentiments that are rather unique. I am not sure there has been a year that started with hope for so many and ended not living up to those expectations. Strictly looking at a reading perspective, I read a little less this year, but I identified the reason last year. I think I spent more time in family activities, because so many of my kids’ regular activities were cancelled. My part in that decision is something I can live with.

This week though, there was lots of reading. Another weather event in BC. Weather was a close second (or maybe even first here in Merritt, a bigger story but not as consistent) compared to Covid as the story of the year here. We had fires, floods, and this week, extreme cold. It is about – 30 C as I write this. So, inside activities rule, and reading ranks high among those in our house (although D&D moved way up the list in 2021). Here are the books I enjoyed this week. I kind of write these up in the order I read them, but in this case I think it ended up being best for last (I loved the last two).

I wasn’t sure I really wanted to read this after having so many students evacuate in the summer, and then evacuating our town last month. It seemed a little too real, but it is a really well written book. Linda Sue Park is such a good writer, and I know several people that blog here have already written about this one, which is a series of poems that read to me like a class conversation about what is important enough to be the one thing you would save if you had to leave everything else behind. It really does defy explanation as it is not really a chapter book, not a picture book (although maybe it is closest to this) and not a graphic novel. In a few years, I can see using this as a writing activity if my students haven’t been through something like the year my current students have just gone through.

This was our latest family read aloud, a book published in 2003 that only my oldest daughter (a huge Jonathan Stroud fan) had read, it was her choice. It is not the fastest moving plot, but the absolute star for me is Bartimaeus, whose wit and sarcasm take over. The book alternates between a first person narration featuring the arrogant djinni, who I read as a cross between two TV characters: Benedict Cumberbatch’s Sherlock and Hugh Laurie’s House, and the story of a boy sold by his parents into a life of a magician’s apprentice, told in the third person. This series has extensive world building (maybe why it is a touch slow), but basically the world is run by magicians who summon magical beings to do their dirty work. Nathaniel is to be apprenticed into this circle of power. Bartimaeus is a djinni that the boy summons. Their interests do not always align, but they have to work together when some of the other magicians are up to no good.

Part of a series of four early readers depicting the struggles of a cat owner, in this case getting her cat to the bath. A single sentence is usually paired with a funny comic-like illustration. I have a cat that has much in common with Flubby, so even my kids like to share in viewing these. 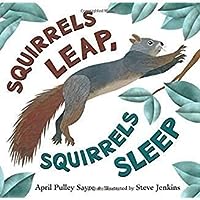 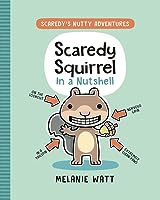 Without planning it or having a particular affinity for this creature, I read three books with squirrels on the cover this week. They were all different. This first one I found at the top of one of the many boxes my wife and I have been sorting through since her school experienced flooding. This is a Steve Jenkins illustrated book that I hadn’t seen before, so I needed to read it really quick before we got back to work. Nice rhyming text for young readers to go with the illustrations. I haven’t really been as in to the Unlimited Squirrels by Mo Willems, and of course it doesn’t measure up to Elephant and Piggie, but I do have some young readers who think these new characters are funny and appreciate the corny jokes. My last squirrel book for the week was the first Scaredy Squirrel graphic novel. I know there are more of these coming out soon and the picture books were popular in my library (based on certain teachers reading them in their classrooms), so I thought I would check out this first one. The title squirrel is scared of everything. He does learn to conquer some of his fears and finds it is worth it in order to make a new friend who he sees he has somethings in common. There is also some good humour around his fears.

I found there were a lot of Spiderman graphic novels out there right now, but my readers were asking for more than the few that I had. I chose this one because it has Peter Parker, as well as Miles Morales and Gwen Stacy. The new beginning has these characters finding each other, and it seems, beginning to work together. I have a second one on order. The art is very good and the story was also good with the more diverse cast being a bonus. 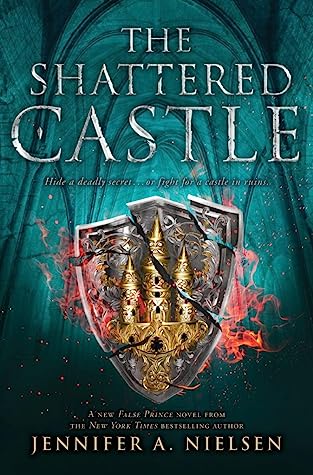 This is the fifth in what is known as The Ascendance Series, but more commonly with my readers as The False Prince (Book one) series. I had thought this series had a very tidy ending after the third, but Jennifer Nielsen was able to bring one of her most beloved characters back for two more books. There was certainly an appetite for it at my school and I enjoyed the last two books as well. Much like in The Amulet of Samarkand, a gray character is the show. Jaron is at times arrogant, at times self-deprecating, but always sarcastic and combative. The story moves along quickly with a great mix of action and humor, but at its heart is Jaron’s struggle to find out how to get what matters to him most amongst the noise of so many other demands. This fast paced book is a must for fans of this series, set in the author’s created medieval world. 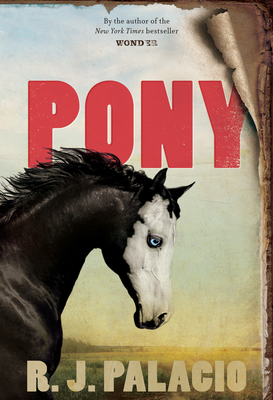 A wonderful story set in the 1860s in the Midwest. Silas is a twelve year old boy who lives with his father (having lost his mother at birth). Their lives are simple but the love between them is not. They farm, the make boots and also explore knowledge in many scientific areas. Everything changes when some men arrive to take Martin (Silas’ Pa) on a journey that he doesn’t want to take, and one that seems shrouded in Martin’s past, which is unknown to Silas. Silas is supposed to wait for his Pa, but he has nothing else and this pony that arrives seems to want to take him somewhere…

This book made me recall two that I loved, Some Kind of Courage by Dan Gemeinhart and Echo by Pam Munoz Ryan, but it is very much its own story. It has rollicking adventures and deep emotions. Don’t miss the Author’s Note at the end, very detailed and with lots of great further reading material.

Currently Reading and Next Up 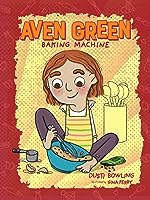 I have been reading Starfish, a little late to the party on that one, but I have lots of verse readers that will love this one. My family moved to the second of The Bartimaeus Trilogy from Jonathan Stroud. I have a lot of short books that I want to be able to direct library patrons to, so I am going to read farther into some series that we have enjoyed. I love the Aven Green chapter books by Dusti Bowling (not as much as the novels, but… I hope we get another novel) as they are quite funny. I also have the newest books from graphic novel series by Jennifer and Matthew Holm and Shannon Hale. These are always fun.

Thanks for stopping by to read this. All the best to you and your family. Spend some enjoyable time together to end 2021 and start the new year off right.